Today is International Developers Day. The 256th day of each is year is dedicated to celebrate the Programmers. It was first recognized in Russia and then spread around the world.

It wouldn’t be possible for us at Broadpeak to deliver the future of TV without our developers who program our video delivery solutions to be the most performing. As they are at the forefront of innovation but often behind the curtains, we decided to  put them on the spotlight with a short interview to get to know them better.

We’ve asked some of our amazing teammates a few questions about their job. Through them, we would like to honor all Broadpeak’s brilliant developers team. 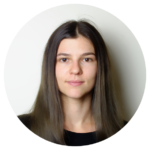 I understood quite late in my life that I like to program. Actually, it was during my studies (mathematics/computer science). I realized maths were not as fun as programming! So I quit maths to specialize in computer science.

When we work on the same feature with some people and each one programs their own part. At the end, we gather all the codes and see what happens… When it works straight away (but it is not most of the time), it is satisfying!

Some people still think that girls are not interested in programming or more generally in computer science, no need to point out it is not true.

I am not sure, but I think it was something like one month.

Probably after having found the cause of the bug that took me the longest time to debug. 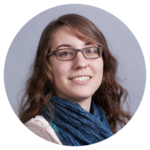 Since my parents got a computer and even more with internet few years later, I started to dig into the parameters, tweak configurations. I am really curious and computer was like a big toy. I also had a blog and tried every “advanced” configuration. That led me into the code base, but at the time I understood nothing. Years later, following the advise of my math teacher, I chose an engineering school that teach several domains so I could think and choose later. Computer science was still the one I preferred.

When I discover a new feature in my programming language. I am a web developer and the sector is really bubbling. Often new framework, new features. One of the last examples was “flexbox” in CSS, it was a revolution, really eased everything, it feels like magic tool.

People that don’t know software development jobs think we are all computer technicians or system or network administrators. They think we are here to configure, install, repair printers, computers, phones or home network.

I once worked in a single project for so long that I became the team leader. I had daily meetings with teams abroad and at some point I even began to think in English at home ! I almost knew the code by heart. When someone described me orally a bug, I could normally guess if it came from front-end or back-end team, what, and where in the code, was not working. It was really rewarding. 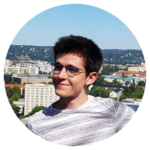 Dylan Gageot is a Junior R&D Engineer at Broadpeak, and while he is still gathering experience to discover his favorite and proudest moments as a developer, he shared with us his motivations to become a programmer.

I got involved in STEM very early, at 10 years old. I was fascinated by computers to the point where I wanted to reproduce everything I saw to grasp the underneath machinery. I first started with GUI and website development, working from time to time as a web integrator in hobby projects. I dived into low-level programming once in high school, with the help of prototyping boards with micro-controllers and ARM-based SoC such as Arduino and Raspberry Pi. This experience allowed me to pursue engineering studies, studying computer engineering and electronics. Today, and after my studies, I returned to a high-level programming environment, with software engineering problematic that I found highly entertaining, thankful to have a deeper understanding of what makes computers what they are. 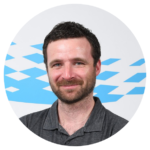 Since childhood, I’m interested in sciences and technology and in understanding how stuff works.  Despite having had a computer during my childhood at a time when it was not so common, I originally though to work more on automatism and industrial computing, But finally, At the end of my studies, the local industry context made me switch to computer sciences and programming.

When a bug has been identified and corrected, and also when a feature development is closed and a new one starts.

The confusion between computer repairer and developer happens often.

Whenever a project has been deployed in production and is used by the end user. 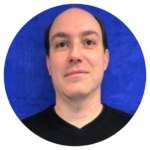 I’ve always been into electronics and into understanding how it works. As a child, computing was not as widespread as it is now. During my studies, the electronics field included courses in computer science and automation. These areas are linked. But it was the end-of-year internship that decided my future: IT developer.

The moment when we finally find the origin of a bug after searching for a while together with the team. And also see a feature “coming to life”.

People often think in technical support. When I say I’m a developer, there is a good chance I’ll hear comments in replay like ” I had a virus on my PC and I lost my data ”or“ I have a problem with my smartphone ”,“ which smartphone do you recommend ?”.

More than 15 days in a team of four developers.

Providing support to the Asian Team with our colleague Sophie Petit.

Happy Programmer’s Day for our awesome team and every developer out there!