Broadpeak Fest: Our Company gathering in 2022.

Are we celebrating Broadpeak’s entering into the Stock Market? Asked a colleague.

(Broadpeak rang the bell at the Euronext Growth in La Defense just one week before.)

What are we celebrating then? he asked.

We were on the first day of Broadpeak Fest, the big company gathering that ran from the 27th of June until the 1st of July. It was an intense week of various activities like workshops and teambuilding exercises, and I could tell you a bit about the impressive growth rates that were reviewed or the striking future valuations that were discussed. However, I would rather focus on my personal experience that led me to believe that company culture is the key to success, and to reply to the question: what were we doing that week?  My colleague discovered the answer in the course of the week and so will you by the end of this post.

Broadpeak used to do an in-person kick-off at the beginning of each year, which was an opportunity for team members from around the world to connect in person and synchronize with the company values and the year’s strategy.  But this year was different. My colleague was right; it was much more commemoratory this time thanks to the engaged and dedicated team that organized the event and created its well-orchestrated festive agenda.

Being part of Broadpeak for the past year has been a great personal and professional experience. Since my onboarding, I wanted to understand if I was an exception to being so lucky to receive such a warm welcome to an amazing small MarkComm team, or if it was indeed the company that has an exceptional culture.

I could already see many signs of great company culture, such as a high level of trust, constant training, and the way the team is accessible and living core values (especially those in leadership positions, starting with the CEO himself) to the point that makes Broadpeak a place where genuine friendships can be made.

But would everybody see it the same way? Would my colleagues working in small teams or alone far from the HQ feel it? For me, the Broadpeak Fest was an opportunity to conduct a kind of “ethnographic fieldwork” to learn their thoughts on it.

The gathering started with a plenary session where some of the board members, especially Jacques Le Mancq, Broadpeak’s CEO, presented and reviewed the company’s accomplishments and shared and discussed his expectations for the future. The day ended with a great opening party, where most of the newbies (like me) could talk to colleagues who until then had only spoken through Teams. For many others, it was a chance to catch up with long-time colleagues as well as to meet new co-workers for the first time.

It was an intense week. Lucky for those who saved some energy on the opening Monday, because the days that followed were full of activities to build the team connection. We had presentations, workshops, games, and drinks & meals that gathered the whole Broadpeak team.

Two evenings were reserved so the different Broadpeak groups could spend some time on specific teambuilding activities. Even a small football tournament was organized.

The pandemic was terrible in all senses, but we can’t deny that it boosted streaming growth. In these two years, Broadpeak’s team almost doubled and its successful IPO is the milestone of this growth.

But the pandemic also prevented us from meeting each other for more than two years. So, the fact that we couldn’t gather until now— especially at a moment when so many were joining the company— gives Broadpeak Fest a special meaning.

It’s true that with the pandemic many of us discovered how productive work-from-home can be, how some meetings can be an email, and how some emails can be a Teams message. But it also made clear that meeting people face to face is irreplaceable for some purposes. The human interaction and connection that you can create in an in-person meeting are on another level than that made remotely.

Through informal chats with many colleagues, I could confirm their feelings were the same as mine. Co-workers with a large experience in the industry shared with me how different Broadpeak’s environment was from those of their previous companies. Colleagues who work in other countries reported feeling cared for by the team. I found that one of Broadpeak’s values that says “we can rely on each other with trust and respect” was indeed put in place. 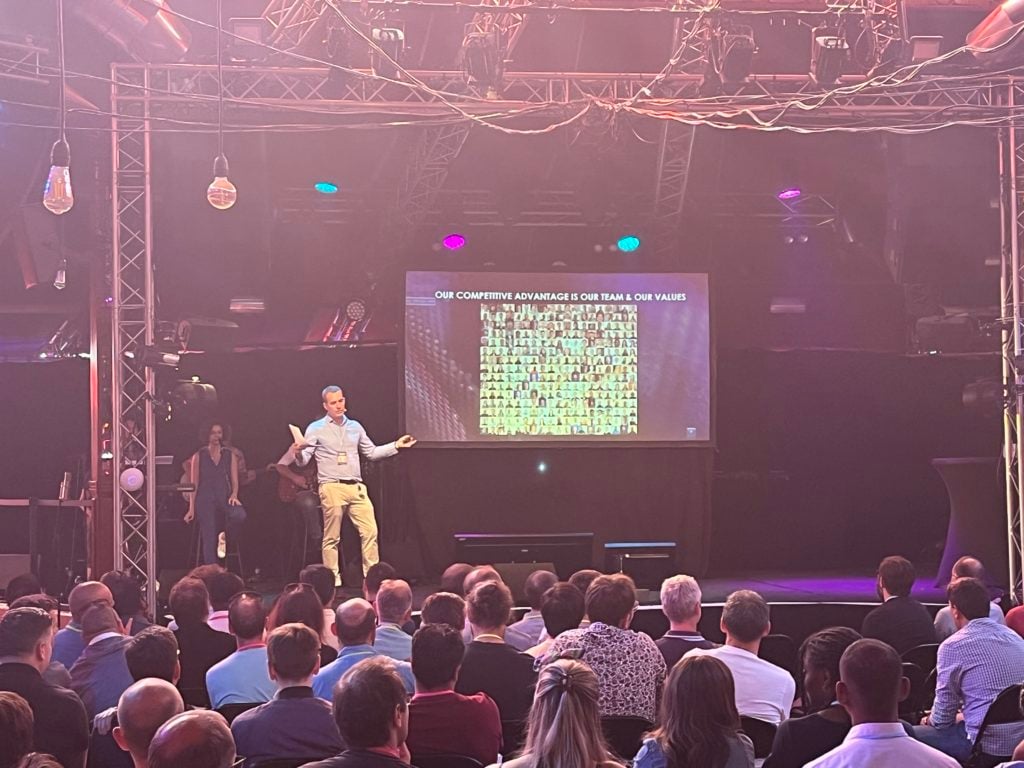 During his presentation, Jacques Le Mancq affirmed that “one of our competitive advantages is our team and our values”.  With its exponential growth, Broadpeak enters now in a new phase, which means that a challenge now is to keep the same culture that Broadpeak always had, but on a larger scale.

The point of having a company gathering is to have everyone present and united in a feeling and acknowledgment that they are part of one thing. Broadpeak Fest 2022 was even more than that, because it was also to celebrate our people and strengthening our relations and comprehension on how to reach higher peaks, while keeping the same values that built its strong ground. 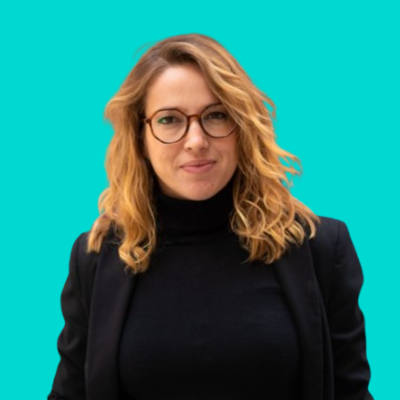 Francielly Rocha Dossin is the Digital Communication Manager at Broadpeak, in charge of digital content and social media management.

Fran Dossin has a diverse background in research and education, holding a PhD. in Cultural History from the Federal University of Santa Catarina (UFSC, Brazil).