With the video industry currently putting more emphasis than ever on cloud-based solutions, the topic of cloud is taking center stage in conversations with our customers and partners.

Now, the concepts related to cloud can sometimes be hazy, and as we find our video world jammed with buzzwords related to virtualization, containerization, and cloud, we wanted to shed light on the topic with this blog post.

We’ll highlight the various strategies used by software vendors to move their application to a cloud infrastructure, and illustrate how Broadpeak is evolving its product and services offering using the cloud.

The most common choices are: Rehost, Replatform, and Refactor, each a step further in the direction of the cloud.

At the end of the day, running Broadpeak software in cloud-based environments is a way for our customers to operate their businesses more efficiently. Therefore, while this blog talks about the technology, we believe that the right drivers for deploying applications in the cloud are the business objectives.

So, we will give examples of deployments and the in-and-outs for each phase of the transformation, drawing on the parallel with the Network Function Virtualization/Containerization (VNF/CNF) initiative that standardizes cloud deployments inside operators’ networks.

Rehost strategy is the first step in the journey: Applications are moved to the cloud without modification. The approach is simple. An application that used to run on dedicated hardware on-premises is transferred to a new virtualized infrastructure powered by a hypervisor technology.

This migration is commonly done to meet specific business objectives, such as scaling the application capacity to meet dynamic demand.
In operators’ networks, this Rehost strategy was initially used for the very first deployments of network functions when technology vendors started to deploy virtualized applications instead of appliance-based systems. This marked the very beginning of NFV.

NFV is now accepted as the best way to describe, create, and operate network services by replacing dedicated network appliances with shared infrastructure, software, and automation. NFV decouples service creation from the need to deploy physical hardware components. This reduces costs, as physical hardware components are often proprietary, expensive, and likely to result in underutilization of physical resources and assets.

The NFV initiative was first based on a collaboration across multiple tier-1 network operators, and with publications of the first specifications in 2013 and 2014 by ETSI, the concept of NFV became reality. The specifications helped the industry build a culture and defined a common understanding of the important concepts in network virtualization.

A solid example of this initial NFV framework is the CDN VNF. Mentioned in the original paper in 2012, (available here) the CDN is a valid network function to be virtualized. A CDN VNF solution provides the following benefits:

Originally driven by customer demand, Broadpeak has been deploying its portfolio of products on VMware infrastructure for many years, and some customers have relied solely on this approach for their Broadpeak applications.

Broadpeak has certified the Bks400 video cache server and the BkYou manifest manipulator with VMware, and both applications can be accessed through the marketplace via this link.

The certification simplifies the deployment of Broadpeak software into the VMware vCloud NFV platform. The biggest benefits include being to accelerate revenues by reducing operational complexities for our customers.

This is now available to customers that have deployed a VMware-based infrastructure and are looking to deploy virtual CDN caches or manifest manipulation functions. 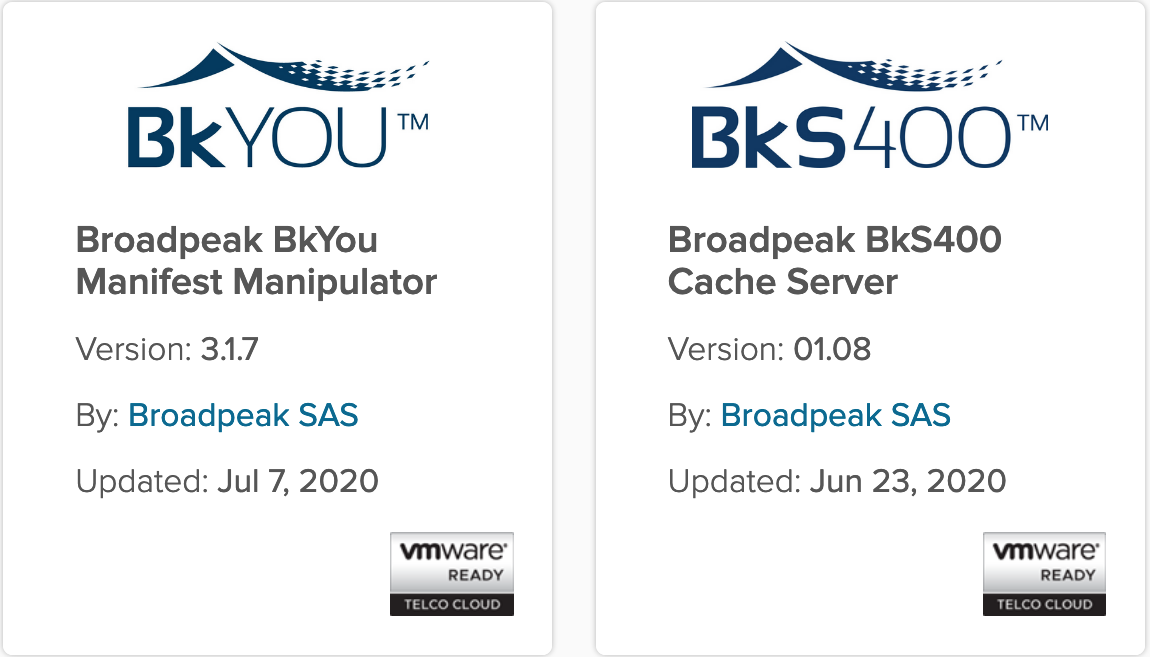 Lift and shift is only the first stage, not the end of the migration story. It is common for applications to be migrated with lift and shift and then, once in the cloud, be rearchitected to take advantage of the cloud computing platform. Let’s now look at the next phase: Replatform. 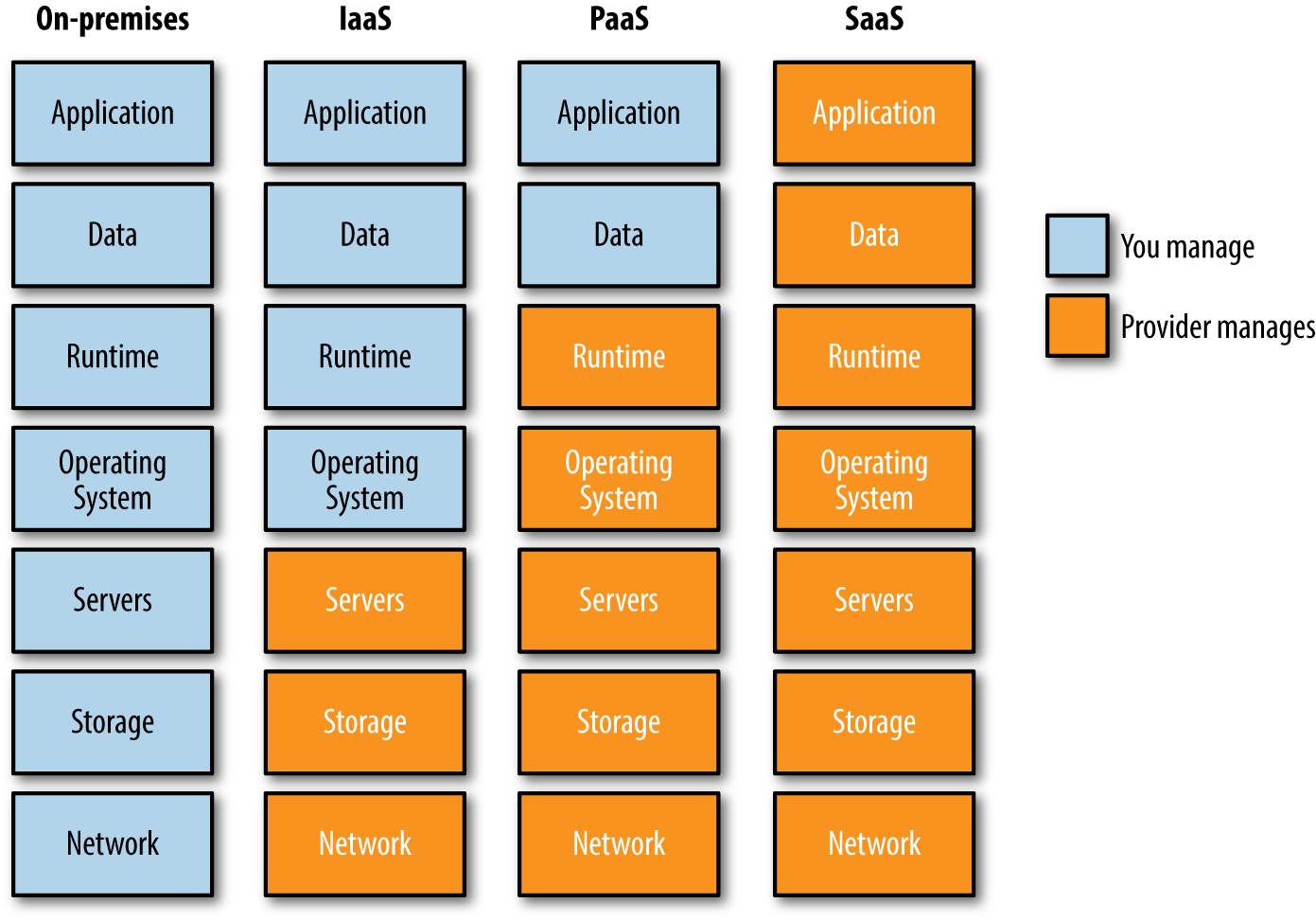 In this category, there are applications requiring only small optimizations before moving to the cloud. In many cases, this involves switching from self-hosted infrastructure to managed services.

As network operators and vendors have matured their NFV deployment and strategies, they have become increasingly interested in leveraging NFV for more complex use cases and scenarios. In order to realize increased service agility and ultimately benefit their organizations’ profitability and competitiveness, they are extending their NFV architectures to include the automation of common tasks such as auto-deployment, auto-scaling, and self-healing.

To enable this, ETSI entered phases two and three of NFV and defined, between 2015 and 2018, a set of specifications that enabled end-to-end interworking of equipment and services. Release 2 was defined by selecting and prioritizing a set of key capabilities for making NFV deployable at scale yet ensuring the interoperability of NFV solutions used therein. Release 3 is focused on making NFV ready for global deployment and operations.

In the Broadpeak deployments, there are some interesting examples:

The modern tooling used by Broadpeak R&D facilitates the transition and introduces the DevOps principles: 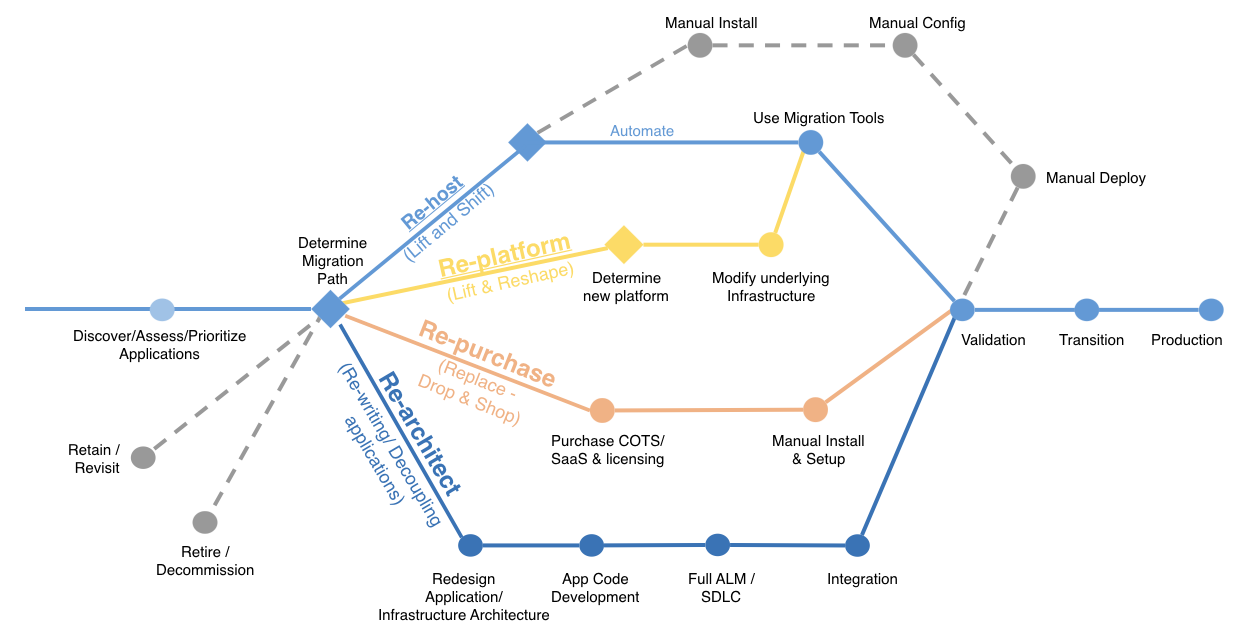 Refactor strategy calls for a complete overhaul of the application to adapt it to the cloud. The monolithic application is into modular functions (or software modules) and uses infrastructure services offered by the cloud like databases, or load-balancers. It is the most modular architecture.

As refactoring involves breaking up the application into independent services, it is something the largest and most mature customers are asking for. They are integrating Broadpeak’s cloud-native applications into a wider solution. For them, this approach improves development agility, scalability, elasticity, and performance of the overall solution.

A cloud-native application is designed for resiliency, agility, operability, and observability. Resiliency embraces failures instead of trying to prevent them; it takes advantage of the dynamic nature of running on a platform. Agility allows for fast deployments and quick iterations. Operability adds control of application life cycles from inside the application instead of relying on external processes and monitors. Observability provides information to answer questions about application state.

Refactor is the migration strategy that involves the highest costs in engineering, the biggest effort in software architecture, but the result is the highest flexibility. In the end, the applications are built with services packaged in containers, deployed as microservices, and managed on elastic infrastructure through agile DevOps processes and continuous delivery workflows.

The introduction of container-based microservices improves the efficiency of deployments by leveraging container technologies to package and deploy the application. The application components are deployed directly onto the host OS, without the need for hypervisors or guest OS.

By combining container-based microservices with scheduling of resources, the platforms can take a more workload-centric approach to the deployment of network services, with fully automated resource allocation, scaling, and healing, with greater efficiency and speed than what was enabled with yesterday’s hypervisor-based architectures.

In the NFV world, a new acronym was recently introduced: CNF for Containerised Network Functions. The ongoing NFV Release 4 specification work (launched in the summer of 2019) goes in that direction too. Key areas of focus include NFV Infrastructure (NFVI) evolution, with an emphasis on enhancements to support lightweight virtualization technologies such as OS containers, optimizing NFVI abstraction for reducing the coupling of VNFs to infrastructure, and optimizing networking integration into the infrastructure fabric to ease the connectivity for VNFs and Network Services (NSes).

Here again, Broadpeak has been at the forefront of innovation, powering a cutting-edge project for a customer requiring a complete video delivery system on Kubernetes. Broadpeak is currently deploying its delivery solution on Kubernetes clusters hosted inside the operator’s network. This deployment integrates all the technical components for a full Kubernetes platform and aims to orchestrate the containers for easy implementation and operation.

Broadpeak, as a software company, provides applications that can be deployed in various environments. The end goal is to deliver cloud-native applications deployable as solutions for any underlying infrastructure or cloud provider.

Over the last few years, Broadpeak has been providing applications as software-only solutions, which are typically deployed as physical or virtual machines. With the current transition to the cloud, Broadpeak has taken the opportunity to modernize the way it approaches software development. Now we are delivering “infrastructure as code” software ready for any deployment. Broadpeak applications aim to be genuinely agnostic to cloud infrastructure thanks to automated deployment functions, allowing delivery of a solution onto the infrastructure chosen by the customer.

This flexibility also means that Broadpeak can now advise customers on the best infrastructure options to deliver the services. Through partnerships with companies like AWS, VMware, and RedHat, Broadpeak can offer the right functionality on-prem, in the private cloud, and in the public cloud.

5. Conclusion: Cloud is a Journey

Broadpeak, like other software companies rooted in the network operator markets, is evolving toward the latest cloud-based infrastructures. These are effectively underpinned by the NFV specifications efforts of ETSI. With ETSI release 4, containerization becomes reality. Broadpeak is a member of ETSI and actively engages in conversations that are shaping the industry.

When it comes to our customers, the direction is clear: Broadpeak can provide modern solutions, driven by their needs. Some of our products are already available as automated, elastic applications, and all of our applications continue to evolve, as the NFV architectures evolve and mature too.

Our prediction is that the microservice architecture will enable network operators to build highly efficient and autonomous platforms, suitable for the next generation of NFV. Microservices will effectively continue to disaggregate the VNF software stack, in the same way NFV has already disaggregated hardware-based network appliances.

This trend is particularly well-suited to mobile networks, where cloud-native implementations will be increasingly adopted at mobile network edge locations, following, for instance, the ETSI Multi-access Edge Computing (MEC) framework.

Combined with container scheduling and orchestration, to manage deployment, scaling, concurrency and resilience, network operators will benefit from delivering an extreme level of automation, programmability, modularity, and agility. Moreover, they will be able to deliver new services and applications at greater speed and efficiency than today. 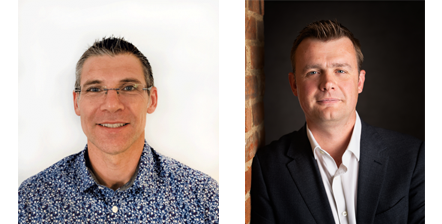 Regis Malgras Regis is Broadpeak’s Cloud Solution Product Manager responsible for consolidating cloud activities, and developing and supporting cloud initiatives within the company. Prior to joining Broadpeak, Regis worked for more than five years as a Solution Architect in various cloud environments for Claranet and Capgemini, and has over 15 years of experience in service platform delivery for major network operators. He graduated from IMT Atlantique (formerly Télécom Bretagne) engineering school.   Xavier Leclercq

Xavier is Vice President of Business Development at Broadpeak. In his role he drives business development strategy to further consolidate the company’s position as a leading provider of video delivery technologies.

Prior to joining Broadpeak, Xavier was a Director of IP video at Nokia and Alcatel-Lucent, where he led teams in consulting and business development for six years. Overall, he has more than 15 years of international experience in the IP video industry, with expertise in consulting and selling technology to content owners and network operators across the globe.