Paving the way for greener streaming: The ‘Greening of Streaming’ launch at the UK Parliament

Broadpeak was at the UK parliament last week for the Greening of Streaming (GoS) event, which was the public launch of the initiative we helped kickstart 9 months ago.

The goal of the event was to raise public awareness about the impact of streaming on the environment, so we invited the big league of the industry and were delighted to welcome senior representatives from LGI, SKY, and DAZN.

In this blog, we’ll look at what is the Greening of Streaming, why it matters, what has been achieved so far, and what are the next steps in the journey of making streaming greener.

So, what is the Greening of Streaming?

Let’s begin with what is the ‘Greening of Streaming’: it is the industry trade organization where streaming companies collaborate on sustainability.

The founders are Dominic Robinson and Tim Siglin, both household names in the streaming industry and it was established last September to address growing concerns about the impact of the streaming sector on the environment.

Headed by Adam Curwin as the executive director with a management background in energy and green energies, the Greening of Streaming wants the industry to progress together. It has a very simple rule: ’no greenwashing!’, so you won’t find dubious marketing claims here, but a collaborative approach to solving the environmental challenges.

Why does it matter?

While there have been many studies about the carbon footprint of various parts of the streaming ecosystem – sometimes aiming to shift responsibility – one striking and undisputed aspect is that streaming represents 70% of the internet traffic, and the Information and Communication Technologies (ICT) are responsible for 3% of the global energy consumption in the world.

Knowing that a lot of the energy consumed by the ICT is not decarbonated, means that the negative impact of streaming on the environment is at least comparable to the impact of the aviation industry.

The difference is with the growth of streaming: streaming is consumed by a vast number of people, and with the broadband adoption growing, more and more people have access to streaming services – so if streaming has not yet overtaken aviation in carbon emissions, it is only a matter of time before it does.

In fact, the video industry is transitioning to a full ABR-world where eventually all content will be streamed over IP networks rather than being broadcasted over traditional networks like cable, terrestrial, or satellite.  This is driven by consumer behaviors: wanting to access content on-demand, across many devices and any networks.

This means that the negative environmental impact of streaming is effectively compounded by the technology transition: with more broadband penetration and consumption transitioning to more streaming, we must increase the efficiency of the streaming technology to limit its impact on the environment.

How complex is the problem?

One of the initial conclusions of the conversations and analysis that we have had since the launch in September 2021 is that the problem is complex because it is multi-dimensional.

Most people outside the industry don’t know how video is brought to their screens. It is sometimes referred to as ‘magic’, like in this BBC report (here),  but the reality is usually quite complex: it relies on a network of interconnected telecoms, satellite and radio networks and exchanges, datacentres and other devices and displays that together create the modern Internet.

Below is a diagram created by the Greening of Streaming that aims to describe all the elements of the video distribution chain. It shows how long and diverse the distribution is, and how it spans across multiple domains or responsibilities. When considering responsibility, an additional angle emerges: The message here is simple: making streaming more effective should not only be a topic for CFOs due to the rising costs of energy, but it is a real challenge for the CTOs who are developing and, deploying these solutions across the chain.

A second important finding is the fact that all this infrastructure must be constantly available to deliver video at any time – meaning powered on 24/7/365 – before the first frame of video can be transmitted. This always-on availability creates a problem as it consumes high volumes of power whether a video is being transmitted or not.

The third key finding is about the “‘system’s approach’”: the problem cannot be solved in isolation. For example, introducing a more efficient compression may be saving on transmission and CDN costs, but it may be very costly on the decoding side, leading to an overall increase in energy consumption in the end. This is precisely why a cross-industry body is required to ensure joined-up thinking and spread best practices.

What did we achieve last week?

The event was the first public representation of the vision and objectives of the Greening of Streaming. With more than 100 people joining the event, it was the opportunity to explain what the Greening of Streaming is and what it wants to achieve. It was sponsored by two members of the UK Parliament (MP): Dr. Alan Whitehead MP and Matt Warman MP and attended by cross-party MPs, civil servants, and journalists.

It was the opportunity to demonstrate that the public cares about the carbon emissions of the streaming industry via the YouGov poll that the Greening of Streaming commissioned. Some highlights of the poll:

Where do we go from here?

The Greening of Streaming has embarked on an ambitious project aiming to measure the additional power consumption of the systems when the demand for streaming is high.

To do so, multiple members including Broadpeak, have been collecting data from the recent UEFA Champions League final. We were able to get detailed 15 minute power readings, and traffic figures for these periods. The goal is to understand better the relationship between traffic volumes and power consumption.

While the data is still being analyzed, we cannot share the results yet. It is very exciting that Dr. Schien and Carnstone (who have been contributing to the GoS initiative from the beginning) can continue to be involved, providing independence from members, academic rigor, and continuity with the studies they have previously been responsible for.

Looking ahead, Broadpeak believes that a close relationship between the largest OTT streamers and ISPs is necessary to make streaming more efficient. With technologies like multi-tenanted distributed caching and leveraging multicast wherever possible, we believe there are efficient ways to make streaming greener.

This is also a direction taken by the GoS group. By working openly with groups like the Streaming Video Alliance (SVA): one idea is to leverage the Open Caching APIs to allow localized video delivery by the ISP CDNs rather than serving content from further afield, probably at a higher environmental cost.

What else can we do?

Work with us to raise awareness about the issue and highlight how meaningful solutions are achievable.

This is a cross-industry effort, and as explained the solutions will come from a systematic approach and shared best practices, so the broader the participation, the more momentum there will be to transform the industry to become more sustainable. 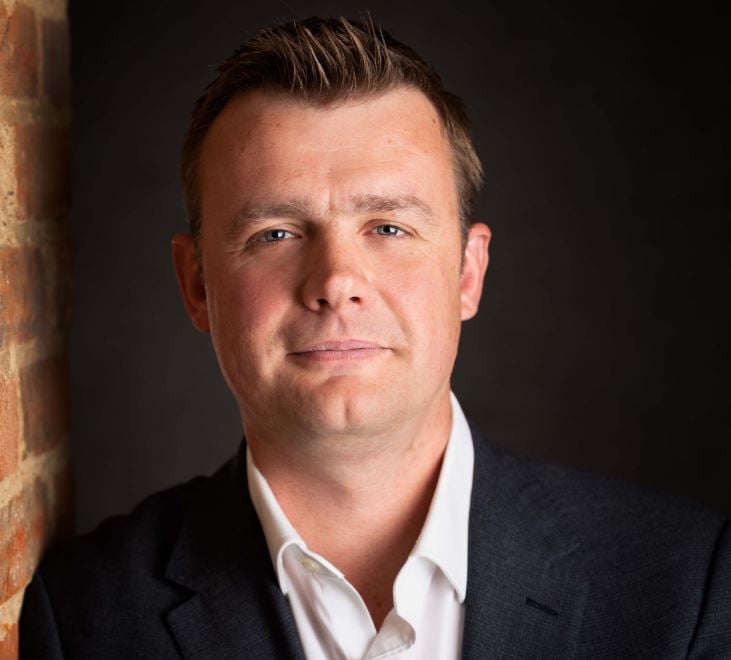 Xavier is Vice President of Business Development at Broadpeak. In his role he drives business development strategy to further consolidate the company’s position as a leading provider of video delivery technologies. Prior to joining Broadpeak, Xavier was a Director of IP video at Nokia and Alcatel-Lucent, where he led teams in consulting and business development for six years. Overall, he has more than 15 years of international experience in the IP video industry, with expertise in consulting and selling technology to content owners and network operators across the globe. Xavier graduated from Institut Mines Telecom Lille-Douai (formerly Telecom Lille) engineering school, and holds a Master’s degree in Business from the University of Lille.
back to Blog Index