Android TV’s strategy is to conquer the main screen, in addition to smartphones and tablet PCs as part of the global move to unify the video delivery systems on all screens, leveraging HTTP ABR streaming formats.

A little bit of history on Android:

Prior to Android TV 8.0 Oreo, Google used to specify in a detailed way how the UI/UX and more generally how the STB/the RCU should be designed and behave. The operators saw these specifications as constraints, arguing that they were not ready to accept such obligations on a device that they owned.

With Android TV 8.0 Oreo, Google released an Operator Tier flavor version (that is to say it’s designed for service providers delivering live TV on STBs they own and lease to their subscribers). With Android TV Operator Tier, most of the control is given to the operator vs. Google, and the remaining specifications from Google are far less intrusive than before and thus acceptable. The operator owns the launcher (and can thus choose how the STB will start up, e.g., on the last viewed channel), the app and the UI, the set-up procedure, and its own contents are prioritized in the search results.

The status of Android TV on the market today

Android TV is the fastest growing platform in the digital TV market and is expected to lead the STB and TV market by 2025. At the end of 2018, more than 100 pay-TV operators worldwide had engaged in Android TV STB deployments, with APAC being the most active region. The system is being used by “tens of millions” of consumers, around half of them being operators’ subscribers, according to Google.

As stated in a prior blog article, we see a good fit at Broadpeak between the technologies we develop to bring together all of the benefits of HTTP ABR and IPTV (especially for live streaming), and the Android TV context. This has translated into the integration of several of our components (nanoCDN agent for multicast to unicast transition in a multicast ABR solution, SmartLib analytics library) in the Android TV framework.

In the following video shot at the 2019 NAB Show, I answer some questions regarding the future of IPTV and the role Android TV will play in this. 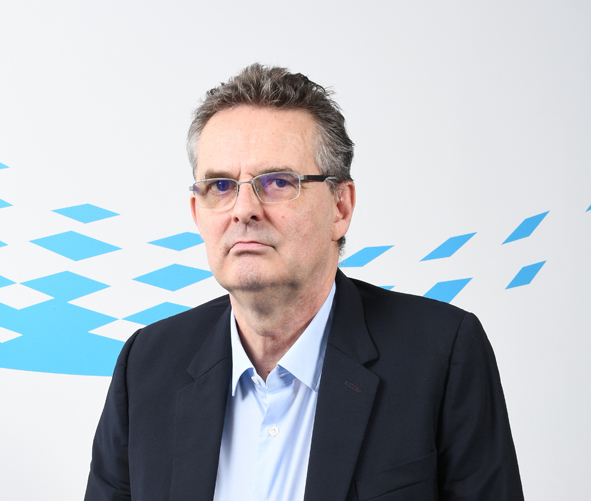 Hervé serves as Business Development Director at Broadpeak, a leading provider of video delivery software solutions to service operators and content providers. At Broadpeak, Hervé is responsible for leveraging the company’s product portfolio within best-of-breed end-to-end video ecosystems suitable for the Android TV environment. Hervé has over 20 years of experience in business development, pre sales, and product marketing in the digital television field. Before joining Broadpeak, he held senior management positions at middleware providers including iWedia and CANAL+ TECHNOLOGIES. Hervé is graduated in computer science from Rennes University, France.
back to Blog Index

Learn about our solutions for Android TV