Are Networks Prepared For A Streaming World Cup™?

The opening ceremony of the 2022 FIFA World Cup is only a handful of days away. Excitement is bubbling worldwide. This World Cup™ will be known for a number of firsts. While concerns for this event cannot be ignored, this is the first time it will take place in Qatar and in the Middle East for that matter. It is the smallest country by population to become a host, which will most likely see a surge in visitors putting a strain on resources and higher demand for connectivity in this region.

Already it feels like a completely different World Cup™  as it is not taking place at the end of a football season; instead happening during an action-packed season, posing some challenges. Planning for it has been no easy feat with all leagues, clubs and players having to prepare differently. This also extends to the TV industry and rights holders who have to carefully consider the production and output for a global event that is expected to be watched by billions of viewers. We should not underestimate the planning process to ensure all the equipment and technological innovations required to broadcast live signals to every corner of the world goes ahead without a glitch.

Culturally, it feels like it will be a vastly different World Cup™  that will have an impact on viewing behaviour. Yes, it is true that fans are accustomed to watching the World Cup™  occurring in a different country every four years, time zone and even timings. However, this one is proceeding during the Winter months for Europe and many others. This is in stark contrast to previous events over the summer months, where people are typically out and about watching games in pubs. While, there’s nothing to suggest that this will not be the case, I believe that more will think twice given the early darker evenings, hybrid working and more importantly the cost-of-living crisis.

There are other considerations which will impact viewing:

Overall, it feels very much like more fans will be watching on connected devices this being at home or out and about. This in turn means there will be a far greater focus on streaming over the Internet, which will impact scale, capacity and latency. Fortunately, all matches can be followed across TV, mobile, radio and Internet as FIFA™  has secured media partnerships with hundreds of licensees in 223 territories (as of October 25, 2022). A full list can be accessed here.

Every major global sporting event has seen a significant increase in usage of streaming compared to previous events. Expect the forthcoming World Cup™  to break all records. Recently, the BBC stated that large national and sporting events are driving streams on its iPlayer service. Between July and September 2022, programmes were streamed 1.65 billion times (up 7% year-on-year). This included the Women’s Euro 2022 final, which generated 4 million streams on iPlayer (coincided with a peak broadcast TV audience of 17.4 million). Overall, according to the BBC, the tournament was streamed 15.7 million times on iPlayer and viewed by 27.4 million on broadcast TV.

With this in mind, scale will be of huge concern. Managing huge spikes in traffic and volume of users are aspects that broadcasters will be monitoring closely. Until now, the industry has been ill-equipped in handling peak viewing times. This could be a major challenge for providers with everyone attempting to follow and stream their national team over the Internet, which in turn, will create a bottleneck as it is highly unlikely to cope with delivering all streams concurrently.

In the case of live sports, capacity is key: the bandwidth available there dictates how many streams can be served. I’m hoping this has been addressed for this World Cup™  to ensure the most popular games can be streamed without interruption avoiding any missed goals. The BBC will be making selected matches available in Ultra HD 4K and HDR exclusively available on iPlayer. With more people now owning compatible TV’s expect greater demand for higher quality streams which will impact scale and drive significant spikes in data traffic. Fubo in the US will stream all matches in 4K via a subscription. Some broadcasters like RAI in Italy will continue to broadcast via satellite for this higher quality video format.

Furthermore, the industry needs to address the ‘streaming latency’ problem and other issues associated with distributing and watching video over the Internet. During the previous World Cup™  many of us heard huge celebratory cheers of a goal from neighbours who were watching via a TV broadcast. Only for it to be seen many seconds, in some cases minutes later, due to the Internet stream. This was further compounded by higher picture quality such as HD and more so for Ultra HD 4K and HDR; causing a bigger latency. There have been some improvements, but with more streamers acquiring sports rights this appears to be ongoing issue. Recently, this included Thursday Night Football on Amazon Prime Video and the newly launched NFL+ streaming service resulted in some issues for subscribers.

Also, notifications continue to ruin the live streaming experience with some still popping up before the end of a sporting event. Having said this, I’ve noticed a general improvement across all streaming services.

There are many factors that contribute to the quality of experience impacting latency, loading time of a stream, picture and audio quality. The live coverage of a major event is a complex project. While all the most sophisticated solutions and workflows are in place to deliver all the required video links, data links, gigabits of bandwidth from Qatar to all broadcasters across all continents, the stream might still fail in the last mile. The quality and speed of the transmissions demand significant infrastructure end-to-end.

I will be analysing the traditional broadcast vs. streaming experience across numerous devices (and networks) for selected matches over coming weeks. It is apparent that this will be a different World Cup™  which creates some uncertainty on viewing behaviour. How will people watch matches, on what devices and where? Will scale be an issue as millions of users tune into watching a match all at the same time on the Internet? Will this negatively impact latency?

I am expecting viewing on connected devices to be much higher than previous events. Let’s see if networks and services are up to the task of delivering a flawless tournament with no latency, buffering issues which will negatively impact the quality of experience. 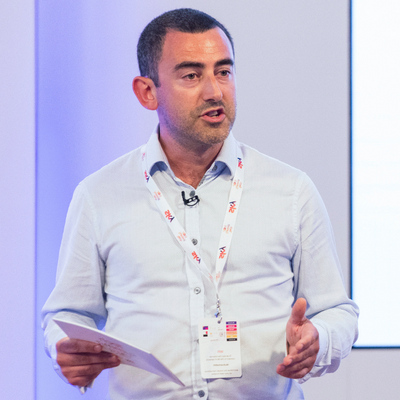 Paolo is a widely recognised thought leader having spent more than 20 years in telecoms, media and technology (TMT) research. Starting as a research analyst at Ovum in 1999, Paolo went on to join IDC as research manager in 2001. In 2007 he joined CCS Insight where he worked as Vice President, Multiplay and Media until June 2018. He then founded PP Foresight and specialises in connectivity, content and changing consumer behavioural patterns across cable, telecom and online video operators. Paolo is a frequent speaker at industry events as well as providing commentary on radio and TV broadcasts. He is regularly cited in numerous key financial and trade publications.