Deliver the most-engaging streaming experiences on 5G with AWS Wavelength.

Offering the Broadpeak Advanced CDN at the edge of mobile networks.

Today, Broadpeak is launching its open, dynamic, and elastic Advanced CDN on AWS Wavelength. It is integrated with the latest Verizon 5G Edge API, known as the Edge Discovery Service (EDS). With this latest innovation, we are unlocking new possibilities for content providers who want to deliver highly engaging OTT experiences.

What is driving us?

Video streaming has grown tremendously. It is overtaking broadcast viewing in most markets. There are many drivers for this evolution, including:

A better CDN is needed for Mobile

While watching VOD or YouTube videos on smartphones works fine, mobile or fixed wireless access (FWA) users often encounter rebuffering, freezes, and high latencies when watching popular live streaming events. Networks are simply not designed to carry the amount of video data that we are seeing today and expecting in the future.

With more consumers now relying on mobile networks for video delivery, the onus is on the CDNs to evolve. The hurdle is not technological. Efficient technology is available for distributed CDNs. What is missing is the capability to distribute CDNs even further to scale the delivery.

The solution with the most benefits serves content from closer locations, commonly called the “edge.” Despite often talking about the edge, most CDNs have traditionally delivered content far from the end consumers. Here we are referring to the edge of the 5G networks, consisting of potentially hundreds of sites, also called infrastructure or deep edge.

What we get from serving content from the infrastructure edge is a more deterministic network behavior, leading to a far better quality of experience (QoE), with lower latency, fewer freezes, and superior picture quality.

5G is a great opportunity for edge CDNs for the following reasons:

What are we launching?

The availability of Broadpeak’s open, dynamic and elastic Advanced CDN on AWS Wavelength

The solution consists of:

The entire solution is delivered on AWS infrastructure. The cache instances (i.e., data plane) are deployed at the edge, on AWS Wavelength. The CDN manager and the CDN selector (i.e., control plane) are located more centrally in a standard AWS Region. 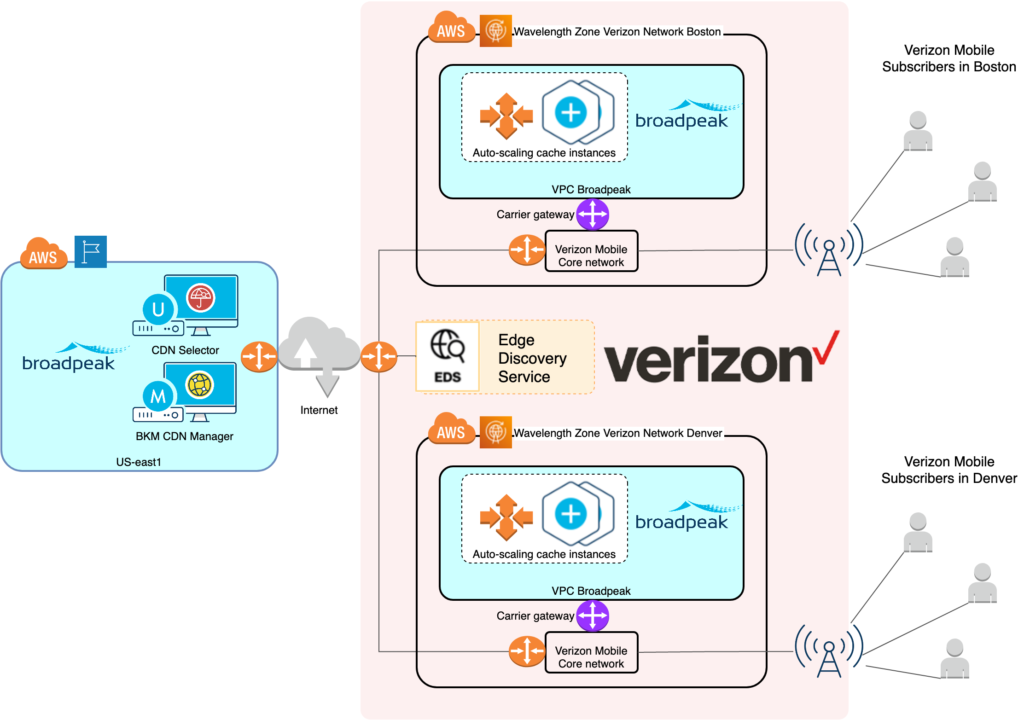 Architecture of the solution

With our solution being especially designed for 5G/mobile users and the existing GeoIP-based solutions used in fixed-line networks, Broadpeak’s open, dynamic, and elastic Advanced CDN always serves users from the most appropriate cache server. It doesn’t matter whether users are streaming content through mobile, fixed wireless or wireline broadband connections.

The outcome is the most advanced video delivery solution today, ensuring an outstanding experience for viewers especially when the networks are busy. By leveraging mobile network APIs for the first time, this CDN solution provides a high QoE video delivery alternative to traditional global CDN services. Thanks to AWS Wavelength, content providers can now benefit from this solution on a pay-as-you-go basis.

The added-value of AWS Wavelength

First of all, without propositions like AWS Wavelength, this infrastructure edge layer that the market calls and talks about would never be a reality. AWS Wavelength brings real and unique edge locations, fully embedded into 5G service providers’ networks. This was largely missing in most of the so-called “edge compute” large-scale propositions in the market.

Subscribers get the assurance of a significantly improved video experience. The tests conducted showed for instance much faster startup time in HD and 4K with Wavelength, both in 4G and 5G, as well as a quicker access to the top video bitrates. QoE makes a big difference in a streaming market that has become highly competitive.

Great for live use cases

Available for live and on-demand use cases, our Wavelength-based CDN solution offers a critical advantage for live content, especially live sports. Delivering huge peaks is hard to plan for when millions of fans are tuning in to see the start of a live match. It requires significant planning, and if the peaks are not addressed it can lead to buffering and a poor quality of experience for fans. AWS Wavelength helps to rapidly scale up and down capacity at the edge, following the demand as close as possible, which saves cost and time compared to deploying legacy static appliances. Once a peak of demand is detected, the solution scales by deploying additional edge instances accordingly.

Full visibility on the delivery

Content Providers get full visibility on their delivery. The created CDN is like a private CDN. Content Providers have access to all the monitoring and analytics functionalities required to offer a deep insight into their service. It is not the case when they use the service of a global CDN.

This private CDN is deployed and operated in the AWS environment, that Content Providers are very likely to be familiar with because they already practice it for other services. Thanks to the simplicity of the service, the deployment of the cache servers can be done in seconds when deploying on AWS.

AWS Wavelength hides the complexity of operators’ networks, which is essential for Content Providers targeting a global reach. They don’t need to conclude multiple agreements with Communication Service Providers in every country they want to offer the service.

How to deploy it?

The initial footprint is limited to the Verizon network where most of the AWS Wavelength deployments exist. Going forward, this solution will be available on other AWS Wavelength instances in networks like KDDI, Vodafone, and SK Telekom. The solution is ready for trial and production today. AWS CloudFormation templates are available to facilitate the deployment. If you are interested, reach out to us today. 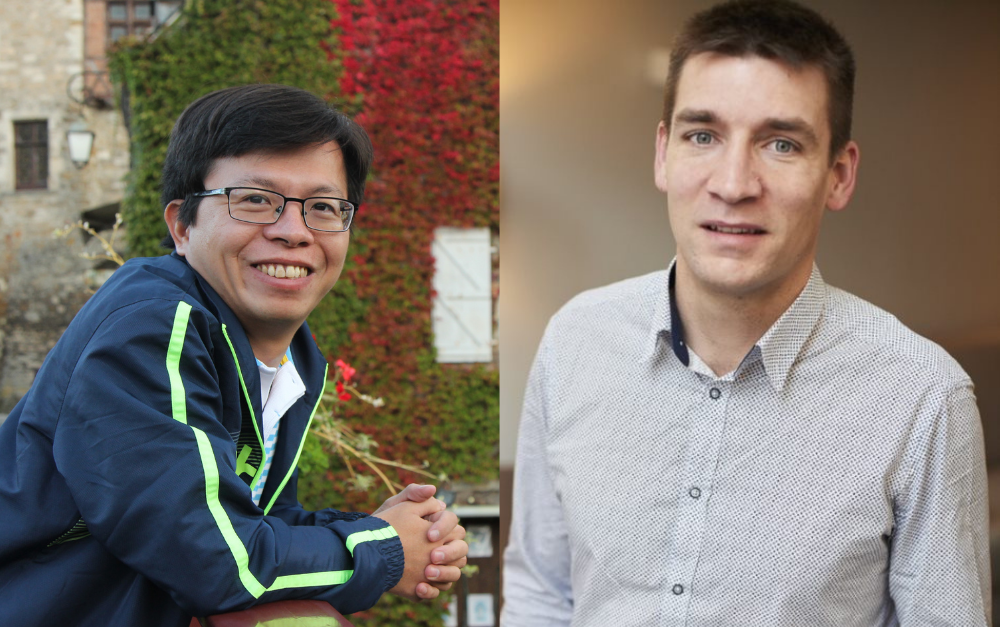 Tuan Tran is a senior engineer at Broadpeak and part of Exploration team that develops research and innovation. He has been actively participating in several European collaborative projects and recently in CLOVIM, a French-funded project that developed a virtualized cache infrastructure and orchestrator leveraging edge computing in 5G networks. He has contributed to standardization bodies (e.g., 3GPP, DVB, SVA). He has authored numerous scientific papers and holds several patents. Tuan holds a Master's degree from the University of Nice Sophia Antipolis and a Ph.D. in computer science from ISAE-Supaéro. Jérémy Desmauts is a senior solution architect at Broadpeak. He is in charge of devising the right solutions and architectures for Broadpeak’s customers. Jeremy has a wealth of experience in both video delivery and mobile network solutions, combined with a deep knowledge of the US market, where he is based. Priory, Jeremy was the Product Manager of the multi-award-winning nanoCDN multicast ABR solution at Broadpeak. Jeremy holds a master’s degree in engineering from the University of Rennes.
back to Blog Index